Look for me here too!

What is God Doing?

Things have been pretty crazy around here.  Getting used to living in a new city is tough.  But God has been using the situation to work changes in me.  Working to increase my dependence on Him.  Some days it goes smoothly.  Some days I go kicking and screaming.  Stay tuned for some new things, maybe a new blog.  He is calling me to some things, some I know some, I am still waiting for some answers as to what to do! Pray for me!

Haven't Been Around Here Much....

Here is a great post that kind of explains why....

6 pounds gone this week!  I feel like I am on the Biggest Loser!!! (which, by the way, my children are way obsessed with!)

He Leads Us - Faith Walkin' to Kaleb

He Leads Us - Faith Walkin' to Kaleb

Help my friend bring her son home! She is doing a couple of awesome fundraisers!

Check them out!! And, the first week on Dec. I am teaming up with Anita and my etsy store where 50% of my sales will go to helping to bring Kaleb home!

Although, this may be more about the ladies at our church!

Yesterday at breakfast before church service, Josiah was drinking chocolate milk.  At some point he decided to pour it evenly between 3 cups. (Don't ask my why, I don't know.) When I came up he had coffee stirrers in the cups and was trying to drink out of 2 cups at the same time.

The next thing I know one of the ladies, I'll call her Carol (because that is her name!) was egging Josiah on to try to drink out of all three at the same time. Never one to back down from a challenge, Josiah figured out how to position all three cups so he could drink from them at the same time, while the ladies cheered and took pictures!  Oh, my.....now I understand why Preacher's Kids turn out like they do!

( I must say he was disappointed to not finish all three cups at the same time.) 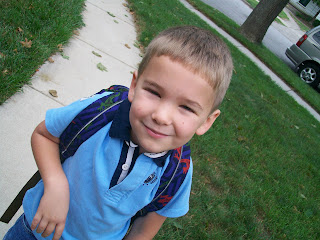 My son is just the coolest little guy. He has a heart of gold.  He is sensitive and super sweet, yet doesn't hesitate to stand up for himself when he feels he's being taken advantage of.  He's surrounded by 4 sisters.  Two older and two younger.  He handles it really well, although sometimes he is heard to voice displeasure with the situation, "Dad, I am tired of playing with my sisters," he says.  (We haven't found any boys his age in the neighborhood yet.
He is way too smart.  Today he informed his hot Sunday School teacher that the word JOY is alphabetical.  Hadn't really thought about it, but he is right.  I haven't told him or the girls this, but the school called asking if we wanted him moved up to second grade.  Nope! Yes, he is a couple of grade levels about first grade, but he fits in beautifully socially.  Moving him up could change that.  It could make middle school really difficult on him, so he stays in first grade, reading 3rd and 4th grade level books, working on the 5th grade word list and going to the gifted math program.  At home he is learning Spanish.
We watch the Biggest Loser on Tuesday nights together.  After the first episode he asked me how many calories in milk.  I told him.  Then he asked how many calories in water.  I told him.  He told me, "I will have water because I don't want to be on the Biggest Loser."


Recently, he has been working out on the wii to the Biggest Loser. He comes upstairs panting and saying, "Bob really killed me with that workout! See how skinny I am!"
He is addicted to the computer.  And he is good on it.  I do have to keep an eye on him because he has discovered Google.  We are on safe search of course, but you never know.  He loves Google Earth.
At the bus stop, no matter where he is in line, when the bus comes, he drops out of line and gives me a hug, putting himself at the end of the line. EVERY DAY!
What a great little guy I have.  He never fails to make me smile. 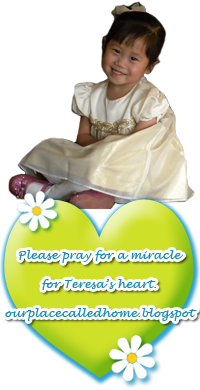