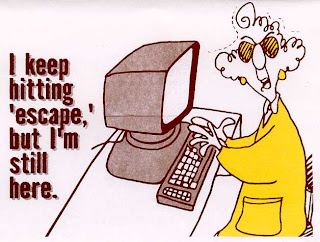 After 3 weeks of dealing with sick kids, I guess it was inevitable that Kevin and I would end up sick. Grace started getting sick Monday night around 10:00. Picture Kevin and I trying to clean it up in the dark while three other girls slept. We had the hall light on; we even used a flashlight. Oh, that worked well (imagine sarcasm.) I eventually gave up and just turned the light on. No one stirred. So I cleaned up the best I could.

This was the best round of Barffest yet. I started getting sick around midnight or so. It was miserable. It is so hard dealing with 5 kids when they are sick. It is even harder having 5 small kids who feel fine when you are sick. Both Kevin and I were miserable. I felt so badly because I just couldn't function. Besides feeling sick, I had a migraine. Not a good combination. So Kevin was pretty much on his own with the crew. Grace spent most of the day in bed. Olivia was a huge help. She made it possible for Kevin to survive the day. (Because it was a snow day, all 5 were home.)

The kids all seem 100%. Kevin and I are not yet. I still have a sour stomach and lots of body aches. I know Kevin is really tired, and he's feeling behind because he started a class this week.

Hopefully this is the end of it. I question if my sanity could handle anymore of Barffest!!!!!!

Oh girl I am SOOOOO SORRY you guys have had to put up with this for so long!! I wish I could wave a magic wand and make it all better!!

I think even the virus would be worn out at this point.....

Hey Tonni! Thanks for coming over to my blog! Did you notice that I have 4 Princess Bows linked on my sidebar? I love your bows and have been telling everyone about them!

Soooo sorry about the barffest. Yuck, there is really nothing worse. Zach had another round of vomiting and diarrhea this week. We are starting to wonder if he has some sort of allergy because this has been going on since November. His doctor thinks it may some kind of build up allergy to some type of food. She said if it keeps happening we will look into that.

Oh Tonni! I hope you all feel better soon. It's hit our house too! Every one's well now, but for two weeks...ughhh!

My best friend ended up getting the same virus. She ended up with a double ear infection and severe migraine. Making long story short...she has past history with tube in her ears as a child..over 24 sets! No problems as an adult until this illness. Went to an ENT and discovered 20% hearing loss in one hear and she is set for surgery on the 22nd to place permanent tubes in her ears. Pray it works!

as written by Barbara said...

If the escape button didn't work, what about "beam me up Scottie"??? It's time for you to have a Mom's day out! (sorry cherubs) Starbucks, chocolate, and fresh air will cure migraines, body aches, and make you feel much better.
Barbara

Did I hear you yell, "CALGON TAKE ME AWAY?"!! Snow days and sick kids have about drove me to...the looney bin. I love 'em, but goodness...I'm not sure I can take much more. (Oh yeah, is that why I still looking at WC lists for #4?!)

I am so sorry to hear about all the sickness. Get better soon!!
Monika