Yes, I know I am out of order, and frankly, I think it is just a little rude for you to point that out! Just kidding. Seriously, I need someone to teach me how to strike through my words! 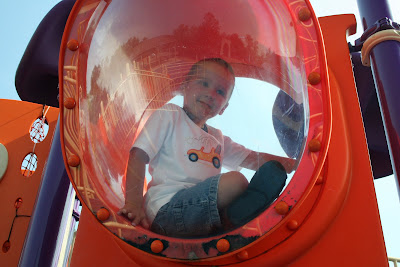 This is our son Josiah Solomon. He turned five in the beginning of February. As you already know, if he was a girl he was going to be called Ella Katherine. Obviously, he wasn't a girl.

Up until five days before Josiah was born, he was going to be name Theodore Solomon. It wasn't a very scientific process to choose that name. One day in the car headed north, Kevin and I started with the top 1000 names for boys from 2003. And we just went through the list crossing out the ones we didn't like. Theodore is a Greek name meaning 'Gift from God.' Just like Grace and we really liked it. Solomon was after King Solomon in the Bible. It is Hebrew for peace.

Five days before Josiah was born, I heard his name on the radio. I don't remember the context. But I liked it and I looked up it's meaning. The Lord Saves. Wow. Doesn't get much better than that. I looked it up in the Bible and read about the boy king, Josiah, who brought a lost Israel back to the ways of the Lord. See the story of King Josiah here.

When I mentioned it to Kevin, he told me that he had come across that name, too., liked it and we immediately felt this was God speaking and switched our plans for a boy name. At that point, we both really felt that we were having a boy.

Yeah, there is a lot to live up to in Josiah's name, but we really feel God has big plans to use this charismatic little guy for great things in His Kingdom.

Cool story, and I am loving the park photos!!

As far as striking through the words.... you need to go into the html tab on the post you are writing and add < s > (without any spaces)before and after the words you want to strike through. Easy peasy!

Our 7 Blessings from God said...

Tonnie, I've really enjoyed the stories behind your kid's names. I love how God can whisper a name and completely change our plans:) My name was supposed to be "Stephanie," but at the last minute my mom changed it to Karen.

Um, I don't want to be rude, but these are really out of order. You should learn how to count.